Carlos Tevez was visiting the formation of Inter, the current Serie A champion, as part of his stay in Italy where he will join Juventus Senior football. After witnessing last Sunday the classic that Juventus lost against Inter (1-0) in Turin, the Apaches moved this Thursday to the neroazzurro training center in Appiano Gentile.

Tevez observed the training of the squad led by Simone Inzaghi and greeted Javier Zanetti, vice president of the club and former teammate of the Argentine team, the Argentines Lautaro Martínez and Joaquín Correa and the Chilean Arturo Vidal, with whom he played at Juve. According to the note published on the portal of the sports newspaper La Gazzetta dello SportTevez will continue his tour in other Italian clubs as he intends to become a manager after leaving Boca Juniors as a footballer in June last year.

Moreover, the official Juventus account shared an interview with Carlos Tevez, who made several revelations about his time in the Turin cast. Among these he gave a particular definition of Juventus as an institution and how was the welcome given by a historic player like Gianluigi Buffon. Furthermore, he recalled the debut and the first interview with Antonio Conte, the coach. His gratitude to President Agnelli and the goal he remembers most with the Turin jersey.

Carlos Tevez returned to Juventus to play in Senior. He visited the locker room of the current Serie A team and greeted the players and his other former teammates.

When I arrived at Juve I thought I was coming to a completely different club than I imagined. After I realized it’s a very big club, but a neighborhood club. As a Juventus fan you can see the road reflected. In the institute I left a little of my heart. Wearing the club jersey is very nice … Putting the 10 from Del Piero was an extra for me, ”admitted Carlitos.

And with the expert goalkeeper he told an anecdote: “The first day Gigi (Buffon) welcomes me: he takes me by the head and says ‘how are you, great?’ For me it was very strong and, from the first day, the commitment was totally different “.

Tevez reviewed his career and also talked about his debut. At this point, he remembered the first words the coach addressed to him. “The first match Conte knew of my desire and he said to me: ‘Go to the first ball, go with all your strength, because then people will get up. ‘ No sooner said than done, in the first one on one that I went to dispute, people got up and it was a different atmosphere ”.

I have always tried to do my best for Juventus. It was society that understood me when I said I wanted to go home (for Boca Juniors), close to my parents and siblings. At no time did he oppose my decision, for this I am grateful, to the people, to the president Andrea (Agnelli) ”, recounted that decision to return to Argentina in 2015 and after losing the Champions League final with Barcelona. 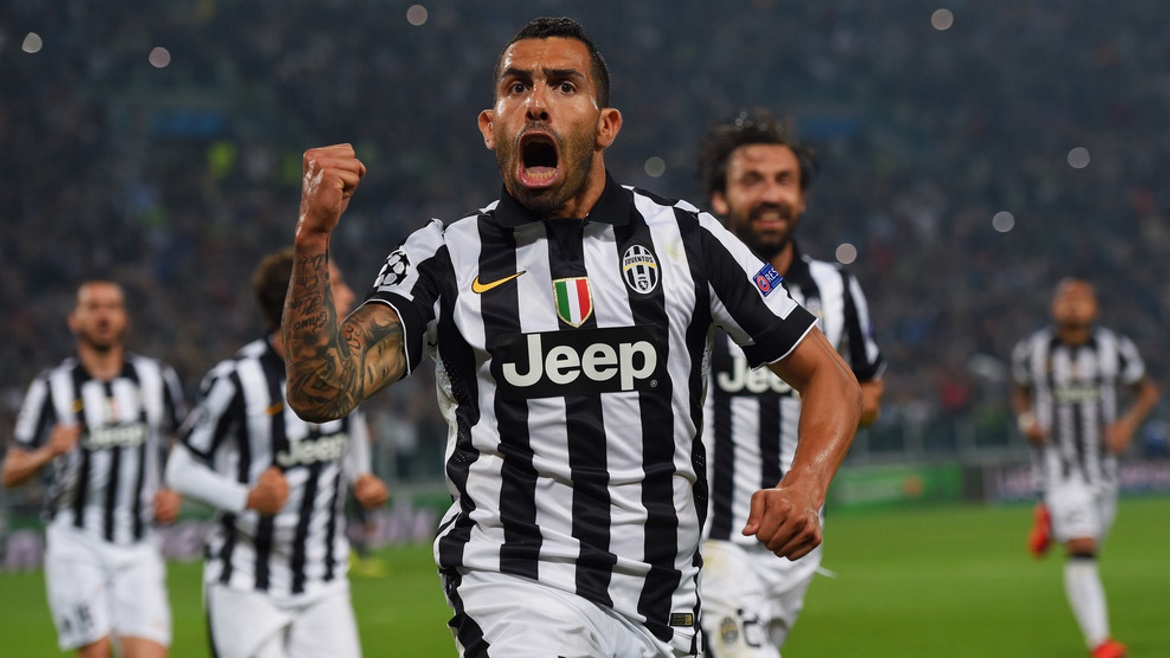 And he highlighted the attitude of the Juventus top manager: “One of the presidents who touched me and kept his word the day he told me he would take me to the plane if we reached the Champions League final. I will always be grateful to Juventus, because he understood me in every moment. They are also my heart, they took me to be great. And when I decided to go home, they hugged me tightly and understood me at all times. “

Finally, Carlitos chose your favorite target with the jacket of Old lady, he himself hides an emotional choice. “It is difficult to choose a goal. As I said before, at Juve I have always played with my heart. That is why it is difficult to find one. I prefer that of Borussia, one of the most important, and with that of Parma, because my father was at the stadium. I’ve always played for him. So when he came, he was my first fan. He came and I became the kid who played in the neighborhood, with him watching me play. That evening was very special, he had just scored a spectacular goal ”.

“The love that the fan has for me, what he gave me every day, was what I needed to give him what I gave him: my heart. The return to Juve brought very beautiful sensations, which I had kept in my heart. It is hard to explain… Here I left a little of my heart ”, concluded Carlos Tevez, who left a very pleasant memory at Juventus.

Candidate for the Puskás Prize: Dimitri Payet’s anthological goal that travels the world
The unprecedented defense Battaglia plans to stage Boca Juniors’ visit against Vélez Sarsfield
5 hilarious anecdotes about Negro Marchetta: from when she had a fight with Ruggeri to the day she met Perón
Pedro Marchetta, one of the most charismatic coaches in the history of Argentine football, has died
“The Hall of Fame made a mistake honoring Manu Ginóbili”: an American journalist criticized the choice of the Argentine

Los Pumas and Agustín Creevy: who changed between Captain’s desecration by Mario Ledesma and the artillery that flew into the selection that was so desperate