Dalma and Steve crossed versions of the authenticity of the shirt

The world of football has its eye on an auction that appeared on the renowned site Sotheby’s, where it was announced that the former British footballer Steve Hodge is willing to sell one of the shirts that Diego Armando Maradona used in the quarter-finals between Argentina And England the Mexico World Cup 1986. Valued between five and seven million dollars, the current owner of course that’s the shirt Fluff used in the second half of the duel, in which he signed The hand of God And The goal of the century.

In an interview on the official England channel in 2011, Hodge sat next to the shirt in question and gave his point of view on the story. “I knew it was the end of the road. Now I’ll try to get his shirt if possible. So I went out on one of the sides of the pitch, which goes down and he arrived with a teammate. So I took the shirt, as usual, passed me by and we made this gesture of gratitude. He took off his shirt, I gave him mine. And that’s it, ten seconds and that’s it, ”he began.

Furthermore, at the time it cataloged the possibility of selling the shirt as “Disrespectful and wrong” and in the same note he explained his point of view: “If I sold it? I do not know. Obviously not something I would sell now, but maybe in the future. It is in fair condition for a 25 year old. It has hardly been touched, it has never been washed. From the day I got it in Mexico I have kept it in an attic and no one has touched it for 15 years until now it is in the museum (in Manchester). So his DNA, his sweat and his smell are still out there. It’s like that day. I love having it, people asking me and I’ve even written a book. Obviously the value today is different, but I didn’t do it thinking about the one after the game 25 years ago. Over the last 25 years, the story of who to me is still the best player in history has grown ”.

However, a few hours after the news of the auction went viral, Dalma Maradona came out to cross Steve with his version: that the shirt with the two goals is not what he has. “You have no way of verifying it’s the second half. He is lying! I will explain to you. He (for Hodge) does not have the jersey of the two goals, but he cannot say it because the other is much more precious, which is the one he does not have. There is one from the first half and one from the second. No one can verify that the change existed. Anyone who knows my father for just a minute, a second knows that he didn’t give that shirt to anyone “.revealed on the show A perfect day by Radio Metro.

And he added that he knows where the historic shirt of the Argentine team is: “You change the one from the first half because you don’t know what will happen in the second, I guess. This man doesn’t have it, poor thing. He doesn’t have it. Reliable. I know who has it. I know perfectly well that he doesn’t have it. I don’t think this is it. Besides, he isn’t. Also I don’t want to say who has it because it’s crazy. “

The radio show panel froze in front of Dalma’s story and Diego’s daughter tried to make her comrades understand why Pelusa had never released that relic. “Wait a second, think about it. The anecdote is “I caught him so off guard that he gave it to me.” Dale, the day of his life was. But I didn’t confirm it, he said it. ‘How can I give him the shirt of my life?’ “, posing in front of the microphone. Furthermore, she admitted seeing him with his eyes in the hands of the current owner, whose name she decided not to reveal.

Dalma Maradona’s version of the jersey auctioned by Steve Hodge

To close, he aimed not to leave any kind of room for controversy: “I’m not saying this because the guy seems like a total brick to me who is making money with something he shouldn’t do, but because it’s the truth. The people who are going to participate in that auction must know that what they have is also an important jersey: that of the first half without goals. A pity, what do I know. I still feel I am not objective because that shirt has no value for me. If you wanted to hold an auction, you can’t. “

A few minutes later, Claudia Villafañe joined the debate and the first thing they asked her was if she is wearing Hodge’s shirt and if Steve’s is not the second half. “Both of these things I tell you yes. It will be the word of this former player against ours. “, fired safely. On the other hand, he questioned the former footballer’s decision to auction the shirt and took the opportunity to give an idea to the leadership of Argentine football: “What this man has is that of the former time that even if he wants to auction it’s a shame. I don’t think this player needs money. Unless you want to auction him to do a good deed. It would be nice if AFA bought it “.

Another source to turn to for more certainty in the story is one of Diego Maradona’s stories. ‘On the way to the locker room, one of the English boys (turned out to be Hodge, but I wasn’t sure at the time) he asked me to swap our shirts. I told him yes and we did it, ”he detailed in the book ‘Touched by God’, in which he recounts the Mexico 1986 feat. 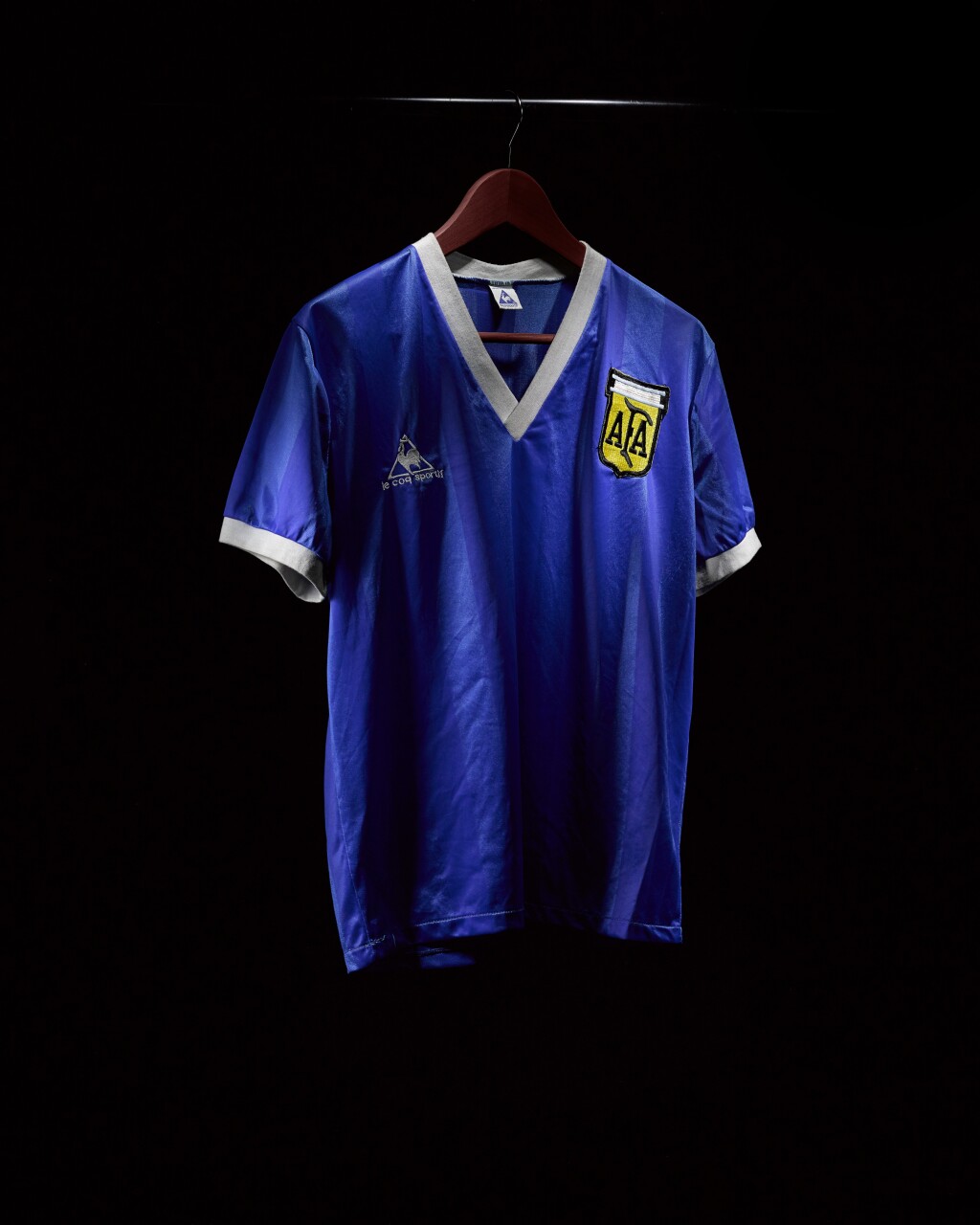 The shirt that has remained at the center of the controversy

It should be noted that the economic dispute over this gem in the history of world football it will start on April 20th and end on May 4th. Given the declarations of the Maradona family, an explanation is awaited from the auction house to confirm whether it is the second half or if it changes the specifications, accepting that it is that of the first half and, consequently, lowering the price, which for now is estimated between 5 million dollars and nearly 8 million of the North American currency.

Now, what happened to the Hodge shirt that was left in Diego’s hands? According to Andrés Burgo in his book El Partido, Maradona wore Hodge’s shirt “10 or 15 minutes”. Why? Oscar Garré had exchanged his shirt with Gary Lineker, who wore the number 10. And Pelusa loved the number 10 shirts. For this reason, as soon as he arrived in the locker room, he asked his teammate to change it with that of the attacker who became journalist and presenter. Years later, Garré lost Hodge’s garment. Yes, he sold the shirt at auction …

Historic: they will auction the shirt worn by Diego Maradona against England in the 1986 World Cup and hope to get a millionaire